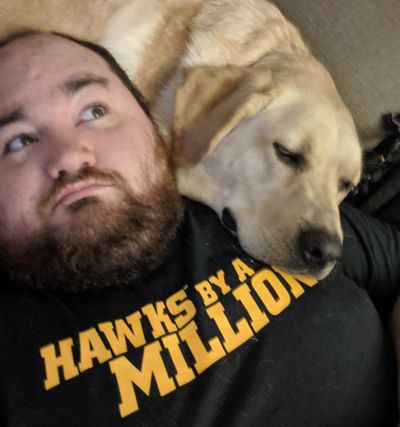 Upgrading from Traefik 1.7 to Traefik 2.x

Configuration via docker labels made sense to me, it made the configuration a part of the docker image deployment (in docker-compose) and provided a consistent pattern for doing it going forward.
Feb 7, 2021
7 min read
Dec
25

I know from my experience as a TA for an entry programming class that putting together problems (especially some of the difficult ones he had to explain) is not an easy task, and he ended up doing 49 problem statements, though probably 15-20 shared significantly with their first part predecessors.
Dec 25, 2020
2 min read
Dec
24

I've had to deal with x/y-coordinates so many times in this year's advent of code and in Python, you can throw together some things pretty easily, but in Java, it just seems like you're pushing in a direction that no one things you should be pushing.
Dec 24, 2020
3 min read
Dec
23

Part two was a different beast, and to be clear, I started it right after part one and the attempt using my part one code to get the part two answer is STILL running (this is after now 10 hours of running) I let it run overnight as I slept, because I was curious if my logic worked to begin with.
Dec 23, 2020
6 min read
Dec
22

The puzzle today, was really just creating a map of lists, cleaning up the map to be to a single item in a list, then using that to do some further determinations of counts of things
Dec 21, 2020
1 min read
Dec
20

The days are getting more difficult, and today's puzzle was no exception to the rule. I saw the puzzle come
Dec 19, 2020
2 min read
Dec
18

The real issue is that I didn't have any easy test string to look for those issues, but when I first did the string replace option, I THOUGHT I might encounter it, but didn't end up thinking I really would encounter a problem, I guess I was wrong.
Dec 18, 2020
3 min read
Dec
17